A candidate statement I wrote for the Lake County Democrats on March 31, 2020. 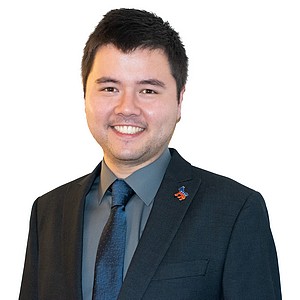 I am a 28-year-old Florida native, husband to Kristy, and father to a 1-year-old baby boy. I was born in Daytona Beach and now live in Orange City. I am running to be your Congressman for Florida’s 6th Congressional district. I want to make a difference for disadvantaged and working-class Central Floridians.

In December 2019, I completed my PhD in Education at the University of Central Florida (UCF) where I researched future teachers’ knowledge of personal finance, investing, and retirement planning. I advocate for financial education coupled with progressive laws and regulations that treat typical Floridians and Americans fairly.

I completed an associate degree at Daytona State College in 2011, a bachelor’s degree in Psychology at UCF Daytona Beach in 2014, and a master’s degree in Applied Learning & Instruction at UCF in 2016. I am also a former Port Orange Toastmasters club president and treasurer.

At UCF, I’ve taught educational technology to over 250 future teachers. Public education, including affordable, quality higher education, is essential to developing our citizenry and facilitating their success. As your Congressman, I will always prioritize education.

Some back story: I am the child of conspiracy theorist Trump-supporters. I, too, bought into right-wing propaganda until my mid-20s, which I regret and must reckon with. What follows are several key catalysts in my journey to becoming a progressive Democrat:

Wealth stratification in the United States is off the charts. I’m supporting healthcare for all, a universal basic income, a Green New Deal, strengthening Social Security, and fair taxes instead of giveaways for wealthy individuals and large corporations.

In Congress, I will fight tenaciously for you, both on the House floor and in constituent casework. We must make a massive investment in the American people and our children’s future. We can do this! The time for change is now!

Donate to my campaign.

One thought on “Richard Thripp for Congress: Candidate Statement, March 31, 2020” 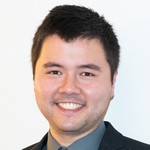 I was a progressive Democratic candidate for Congress in Florida’s 6th district (Daytona Beach, Deltona, Palm Coast, etc.) but lost the August 18th, 2020 primary with 48.5% of the vote. I am a husband, father to a 1-year-old boy, published author, and an Education Ph.D. graduate of University of Central Florida, where I studied financial literacy and preservice teacher pension knowledge. At UCF, I taught future teachers about technology for over 3 years.